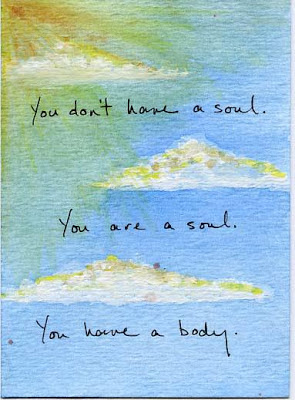 A Story with an Echo
A certain middle-aged American Jew was relocating in a new city. He had been attending Friday evening meals at the local Chabad House for several weeks, and soon began attending classes. His questions were intelligent and relevant, and while he enjoyed any subject that was meaty and intellectual, he was particularly drawn to Chassidus.
Suddenly he stopped attending not only classes, but even the convivial Friday evening meal. He had not left a phone number, and the Chabad House rabbis were unable to locate him.

Three weeks later he reappeared. He was wearing a kippah, his beard had begun to surface, and he enquired where he could purchase mezuzos, how he could kasher his home, and the like. When asked about this development, he explained that in the last class he had attended, he had learned something that made him feel challenged — the concept of the Jewish soul’s being “an actual part of G‑d.” If it was true, he sensed, he would have to develop an entirely different sense of identity from the one he had grown up with in secular America. He had had to wrestle with this issue — and do so alone.

Ultimately, he decided to identify with the Tanya’s image of a Jew. Having made that decision, the beard, the mezuzos, kashrus, and all the other mitzvos, came naturally. When the Torah became the source of his identity, the totality of Jewish observance followed as a natural consequence.