Below, you can click on the links to the two blogs that she writes. 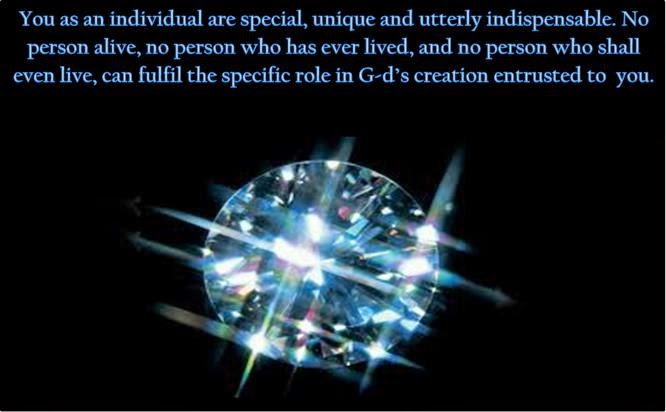 HERE IS WHAT WE WILL BE DISCUSSING, PLUS CHAPTER 4 IN BILVAVI, IY'H.

As we were discussing in Bilvavi- Section 4- Divine Providence/hashgacha pratis:

The power of what we are learning together...

Pesach is over and the seder has passed and yet, no geulah for the masses...YET.

At first, I felt so sad, thinking about the loss of what could have been - if only...

Yehudis Golshevsky said in her shiur about Shir Hashirim (recited after the seder- written by Shlomo Hamelech),  that the minute we express our yearning for Hashem, closeness to Him- more of Him, then our ability to connect with Him moves to first person - (I, You)-

Meaning, with my longing, with our longing, for Hashem, we have moved one step closer to Him.  We are now on the first person basis.

"See" you on motzai Shabbos- same time, same place, and let's soar with our new knowledge, together.

The biblical slavery of Egypt represents bondage to your own self.
Every day, every moment, must be an exodus from the self.
If you’re not leaving Egypt, you’re already back there.
----------------

That is lishma!!! We can touch this space at the seder. IyH!
Total surrendering all that we are to Hashem- so much so, that it won't matter what we feel- it only matters that in each moment we are doing His will.

(I am posting from my phone - it might be very small letters. If so, I am sorry!!)

Here's what Tzipira Harris says to think about while at the seder:

Matzoh: just flour and water: represents the soul; while eating it, think simple thought like: "Hashem I only want to do Your will!"

Maror: bitter herbs: represents our lower drives; while eating this, silently ask Hashem to help you submit them to Him (in your own words)

Korech: matzoh-Maror- matzoh; highest level is to take the soul and bring it through the physical world/drives and raise them back up to Hashem.  Ask Hashem to help and give clarity how to do this.

There's so much more to share- but I have to go cook and get ready.

I hope you each have a phenomenal Yom tov and that we all will meet this Pesach by Bayis III:))