17 Days until we receive the Torah!!!! Let's make them count iyH! 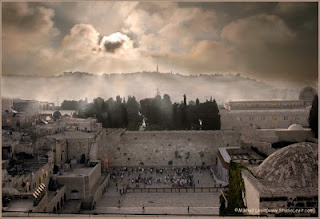 We learned about what is going to be different in the time of geulah.

We are going to see the Kedusha in every single thing, rather than seeing things on a surface level.

This weeks parsha hones in specifically on the Kedusha of a Kohen, and special kedusha in a Kohen gadol, and lastly the kedusha found in time.

But let's not stop with specific days and months.  Let's examine every single moment and see the kedusha in it.  Remember, Hashem is giving us this breath right now, therefore, there is kedusha in it and us.

Furthermore, in this special time of sefira, every moment is an opportunity to grow.  Not only that, but these days are also called the days of chesed, everything we want, we just have to take a step and Hashem pulls us the rest of the way.

The only question that remains is, what do we really want?

If the answer is to see kedusha in every moment, person, creation, then the solution is to elevate your thoughts, speech, emotions, and actions to kedusha and then.... well...stay tuned for next week's parsha to tell us what happens then....;)

ps: the phone call number for us to meet up and review on May 6th at 2 pm, IYH two days before the shiur by Rav Schwartz is:

If you can, please have your seforim and/or notes, and any questions that you want to submit.

It's been over a month since we last learned together.

To be honest, I thought we would be meeting in Eretz Yisrael with the geulah on Pesach! ( I was there, where were you?!?!)

During the seder, I wondered, how will I know when the geulah is here?  Will I feel different?

Today, I heard an answer.

Rambam says that when Moshiach is here the world will be exactly the same.

Yet, in this same world, we will see a revelation of all that is hidden.

Every difficulty we have, all the small bothersome moments to the tremendously painful ones, will be revealed as what they really are; Hashem's kedusha.

Guess what? Ten times each!  Can it be related to the ten Sefiros that we are counting right now- leading up to Shavuous, receiving the Torah.

Coincidence? No such thing;)

Here we stand, in acharis yamim,  readying ourselves for matan Torah, coming closer to the geulah every moment, while counting the ten sefiros, ten sayings Hashem introduced to create this world we see, but what really lies beneathe the suface is:

In the time of moshiach, we will see that there is only  one Hashem, our Gd, and everything all around is filled with His kedusha.

Have a kadosh Shabbos!
aviva rus
Posted by aviva at 10:12 PM No comments: