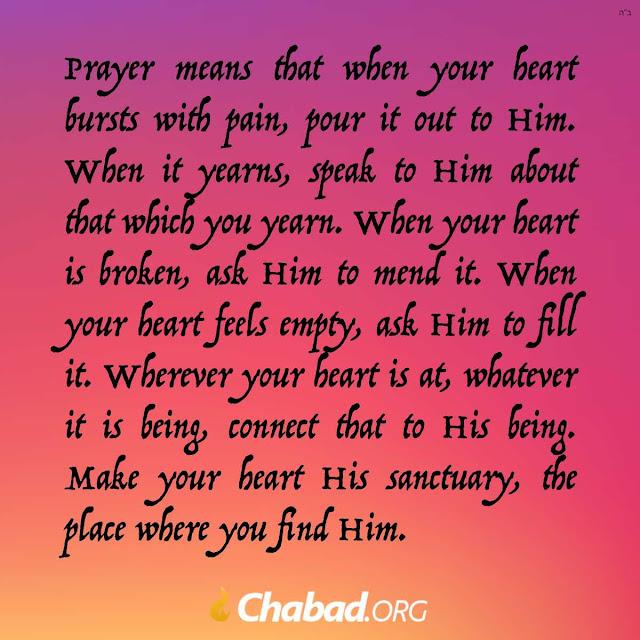 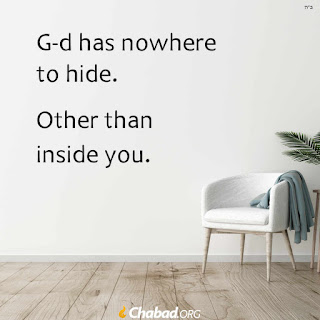 There are times He seems to be peeking through the latticework of our world, filling the day with light.
But then there are times He hides His face behind a thick wall.
We are confused. We cry out to Him, loudly, for He must be far away.
He is not far away.
The wall is His hand, and His hand is also Him.
It is Him holding us from afar, so that we may grow and accomplish on our own.  By Tzvi Freeman

"The bottom line is to reach your essence. This series guides you step by step in the process how Reaching Your Inner Redemption. Thank you my dear friend Shuli for pointing this out to me." G-ddirecttorah.com 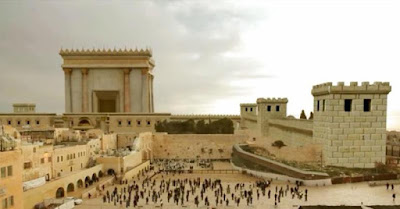 Bringing Him home- the geulah from within…the time is now.
We are prepared for this- all the learning we have done together to date is now ready to be breathed into us and through us, so that every step we take is a step with Him.  IYH.
Let’s follow Rav Schwartz’s book to search for any details we may still need to incorporate.
Thank you for joining and creating a wave of movement to IYH end this mageifa and reveal His light in ways we all perceive as good.
The bottom line for us- dear chaburah sisters -is that we began this journey many years ago and now it’s time to take it home - make it as real as it can be for each of us - every day for 10- 20 minutes there will be a zoom call that will follow the method delineated by Rav Schwartz to achieve the geulah from within.

You can read along with what we will be learning by pressing on “reaching your inner redemption” above.

Please email me  if you want the zoom number. 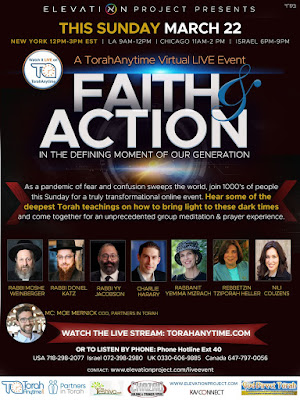 We’ve davened sefer Tehillim together, coronated HASHEM, and continue to seek Him in each moment of our lives. We are living the geulah from within. B’H for the opportunity to be alive in this time period. The geulah from outside is up to Him.

Reitza sarah sent this and I think it really illustrates this point:


Rabbi Yoshiyahu Pinto  shlita ;
He said  ppl are afraid and are asking him questions all the time ..
Ppl are afraid of what’s going on  but what’s going on is predicted as chevlei  mashiach. And mashiach is very close. He tells a story of the rambam Ztl. He was a dr for the king. Everyone was jealous of him and asked the king to appoint an arab dr instead of the Jew. The king loved the rambam. But he had no choice so he told the two drs he  will make a test. They both had to drink poison and the one who survived, Wld be his dr.
Rambam had to drink first. As the arab prepared the poison , the rambam prepared medicine. He told his students that as soon as he drank the poison They shld put him in a laying down position so the poison doesn’t spread in his body. He drank his medicine. He then drank the Arabs poison and his students immediately laid him down. They took him home. He felt terrible for a few days. Then it passed and when it passed he went back to the Kings palace. Now it was his turn to prepare poison to try to kill the yishameli arab dr. He went to the kitchen and ground up vegetables and gave it to the arab dr to drink. The arab drank it and was filled with fear. He felt fine but kept taking different medication to protect himself. He felt ok but now drank mill as a Protection Bec milk cleanses the body. He still felt fine but he was shaking from fear. Days passed but his fear grew and grew.  He saw the rambam a few days later and the rambam asked him , did you drink milk ? The arab heard that amd dropped dead on the floor instantaneously.
The king was so happy. He said now you are my dr. But tell me , how did you kill him. What was your poison? Rambam said , nothing. It wasn’t poison. It was just some vegetables. He said the drink didn’t kill him , his own fears and his own thoughts is what killed him !!!
When ppl Strengthen fear , it gives fear power. It’s the fear that harms more than the issue itself. It’s sins that kill and nothing else has power. Yes take precautions , but put all fear to the side. Fill your mind with thoughts of happiness, Strengthen with emuna. Attach strongly to Hashem. And be happy that mashiach is coming. We have a tradition that we will be redeemed in the month of Pesach the mth of Nissan. Purim passed ,Now Nissan is coming , it is our time to Strengthen in emuna, to Strengthen In devekut to Hashem ..clinging to Hashem , to Strengthen In happiness, to Strengthen our thoughts that the geula is coming. Ppl of old used to sleep with their clothes on in case mashiach would come. Rabbi meir baal hanes was Buried , instead of lying flat , he was buried standing up , so that when mashiach arrives , he Wld be ready to run to greet the mashiach. Instead of fear , push that all away. And instead let’s fill our minds with thoughts of mashiach, let’s fill our mouths with prayers asking for mashiach , let’s actively  wait for mashiach and look Fwd to his arrival which can be any minute. If we ask for mashiach he will come. If we don’t ask for mashiach , he won’t. Hashem wants us to ask and beg and plead and scream out that we want mashiach. We have to prove we want him !!! That’s our share. That’s our job. And now is the time. And we don’t want to lose c’v lose this opportunity for him to come. So let’s ask for him and let’s all actively show that we are really really waiting for him. Let’s open our hearts and strengthen our desires for mashiach ! May mashiach come this Nissan. May mashiach come  speedily and with great mercy and great happiness amen v amen. 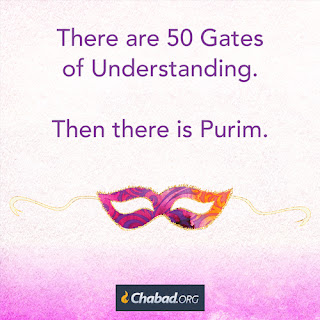 This Purim may be physically different than usual.
However, spiritually it will be consistent.  Corona means crown and that's what this chag is all about, crowning Hashem and choosing to keep the Torah from a space of love (not fear).

There is a power to tefila on Taanis Esther and Purim.  Our gedolim are requesting an increase in our Tehillim and Tefila on Taanis Esther for the "decree to be removed from us and the entire world".  Additionally, on Taanis Esther-Rabbanit Yemima Mizrachi recommends reciting kapitel 22 for seven times, to pierce the 7 heavens.  After each repetition ask for something in the merit of Mordechai and Esther.

We are taught to pray the megila as if it is happening right now in our lives.  When we say amen to the bracha of listening to the megila- which has the root gilui (revelation) -we should think of a revelation we need in our own lives when we say amen.  This revelation is then a shaloch manos from Hashem to us.  Every time we see haman's name we should think of a trouble in our lives and hang the troubles with haman. (Rav Ziskind)

If we follow Esther and her rise to power- we can see how she changes and find this evolution of growth in our own lives (listen to Tamar Taback for more on this).

Finally, the Purim seuda is a time for returning to Hashem completely.  The power of tefila at this point is that of neila on Yom Kippur.

Please join us in finishing the sefer Tehillim two times, on Taanis Esther and then on Purim.  Thank you Reitza Sarah for making this possible.  In the zchus of our tefilos, may the inner and outer geulah arrive and may all the suffering end.

Wishing You A Freilichen Purim!